Giovanna Moro and the MoroRoma collection

“Marvelously rich and varied collection of photographs, prints, posters, paintings, leaflets, newspapers and ephemera, covering a wide range of political and cultural movements from about 1800 to the present. … a personal collection of great character as well as unique interest one of the truly great resources in this Handbook…” 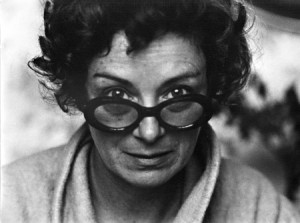 Italian Journalist Giovanna Moro (Sartirana Lomellina 1920 – Roma 2012) created MoroRoma in the 70’s when she began working as Image Researcher. This collection of printed materials, photographs and mostly political and social postcards, covers from the end of the XIX century to Post-WWII.

Giovanna’s father was a trade-union representative. His involvement with the rice field workers of Italy’s malaria-plagued northern plains, deeply affected her up-bringing. During Fascism, Giovanna and the family are refugees in Paris where she and her older brother – still in their adolescence – have to work to help support the family. At the end of WWII, back to Milan, Giovanna graduates in Modern Languages at Bocconi University and starts working at the Socialist Party’s newspaper Avanti!.

There she met Sergio Borelli, her future husband and father of her four daughters. She is the first and only woman at the newspaper and has to sign her columns with a pen name. Soon Giovanna leaves Avanti! but continues collaborating to a number of magazines and, later, starts teaching.

In 1968 upon the family relocation to Rome, Giovanna starts working independently as Image Researcher. With the passing years she becomes quite known in the field and her collection expands. MoroRoma’s entry in the Picture Researcher’s Handbook, reads further along: “…this remains a personal collection of great character as well as unique interest – one of the truly great sources in this Handbook”. And in Giovanna’s words: “What makes my collection unique is that I collected materials on historical, political and social events that have been part of my life and that I often witnessed first person”. That, and the contribution of her foreign-correspondent husband Sergio’s expertise, makes MoroRoma truly unique.

Upon her death MoroRoma was left to her daughters. They are in the process of cataloguing the materials and secure their preservation. Their intention is to bring back to commercial and educational use this extraordinary collection, mirror of the numerous political and social events that shaped the XX century – in Italy and the world.